We could not be more thrilled to announce that our dear friend Courtney Robinson with ABC Action News won an EMMY AWARD on December 14, 2019 for an in-depth piece she did with Executive Director Monica Angel. This was the first story ever done about Emmi and her journey. Courtney is not only a stellar friend but an amazing advocate. When asked about the nomination, Courtney said, “I hope that this will encourage other journalists to cover similar issues in their markets. If they do, we can help spread awareness leading to funding of better options for kids diagnosed with cancer.” Yes! Courtney you are right. Thank you for sharing Emmi Grace’s story in such a truthful and respectful way! We are so grateful to have a community of people like you standing up for our kids.

In 2016, we lost many of our dreams- all of the hopes and plans we had for Emmi Grace. She won’t get to fall in love or get married. She won’t get to have a crush and go to prom. She won’t play soccer and win a trophy. So many things we have grieved. But thanks to Courtney, she did get one of these back. She got to win! This mother’s heart is exploding with pride and joy for our girl and gratitude for Courtney, ABC and all of the generous supporters along the way. Together we will CURE KIDS’ CANCER NOW! 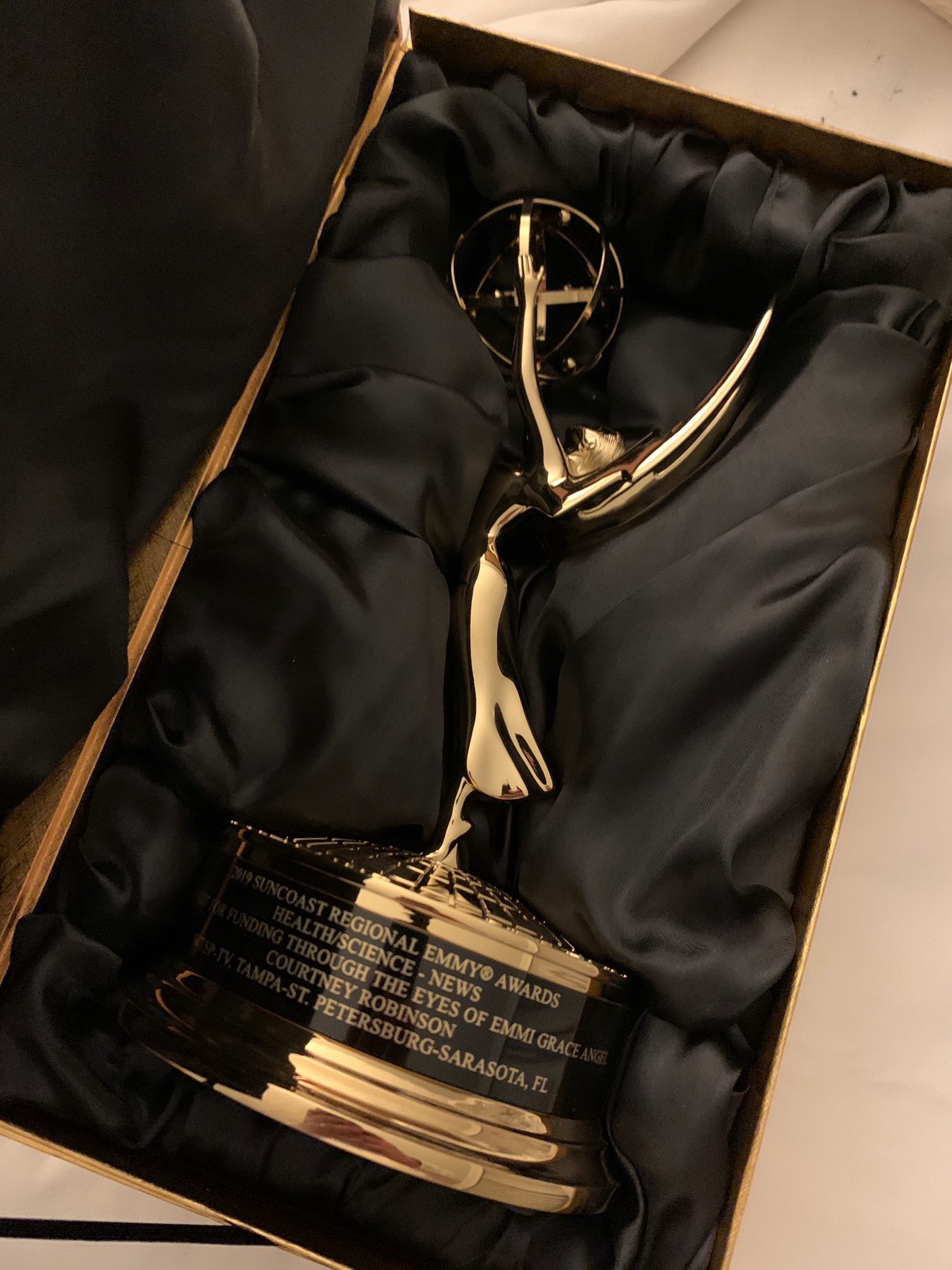